Hi, do you have any further information of the elephant hauling logs? Gossip is that there where two of them! Book - The Duke and Duchess

Paperback Book. an 80 page book with soft card covers bound with green cloth binding, mainly pictorial, of their visit to opening of the 1st Commonwealth Parliament of Austrlia with a description with each photo in black and white, the cover is partly dark brown with the rest there is a photo of a river on the bottom right hand corner and the book title on the left within a scrolled frame and the dark brown background. front and back cover quite grubby, bottom right had corner missing and torn 20+20mm, a finger nail size missing middle right hand side, bottom left hand corner next to binding has a 22+25mm Piece missing

This book is a memento of the visit of the Duke and Duchess of Cornwell and York to Melbourne in May 1901, they came here to open the first Commonwealth Parliament of Australia

The book is part of a collection from the H H Bradley family, the other items are personal invitations to the opening of the first Parliament. Grey Elastic braces forming a y shape at the back, with leather tabs to hold clips and braided loops to attach to buttons on trousers.

Braces - straps worn over shoulders for holding up trousers http://en.wikipedia.org/wiki/Suspenders Suspenders (Am. English) or braces (British English) are fabric or leather straps worn over the shoulders to hold up trousers. Straps may be elasticated, either entirely or only at attachment ends and most straps are of woven cloth forming an X or Y shape at the back. Braces are typically attached to trousers with buttons using leather tabs at the ends or, incorrectly according to traditional protocol, clips.. HISTORY the modern type were first invented in 1822 by Albert Thurston and were once almost universally worn due to the high cut of mid-nineteenth and early twentieth century trousers, a cut that made a belt impractical. After losing popularity in the first World War, as men became accustomed to uniform belts, suspenders were still standard throughout the 1920s. TODAY http://www.fabsugar.co.uk/Love-Hate-Trousers-Braces-1585776 Androgynous fashion nearly always appears on the catwalk and trousers with braces made an appearance this season at Paul Smith... A person wanting to dig for Gold or any other precious metal were required to register a claim on the land to be mined, the claim had to be measured & pegged to be specific as to its size and shape. Aluminium drinking cup, collapsable with a seperate lid. The lid has a pressed star shape.

The first Patent for these cups was granted on June 5th 1860 to Niles Gutta Purcha Drinking cups. A later Patent was granted to Fred Harvey in 1897. Perhaps they were in different states, or Fred Harvey's had an inovation that improved the design or usage ? Pair of Girls School Boots, made with leather,they are lace up boots with 8 eyes at the bottom and 6 loop at the top for the laces. 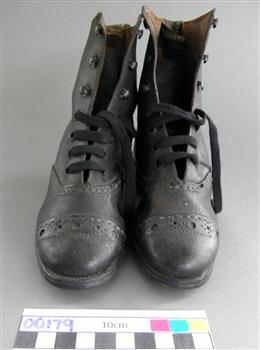 Pair of black leather girls boots, they have been embossed at the start of the toe cap, and would be more expensive than plain leather. Leather Dice Holder and Dice mounted on wooden base, leather dice holder is original. dice and wooden base is a mock up.(there is a small hole in the leather pouch 1.5cm from the bottom 2.5cm from the base, the hole is .2cm in size )

This Dice holder from the Woods Point goldfields would have been used to while away the time in the evenings, and the odd moments of time off during the day, children may have had use of it also, but would have had to be very careful not to lose the dice , because they would have been in big, big trouble. if the dice was lost !

This item is of some significance because of its rareity and oral history passed on with the Item. 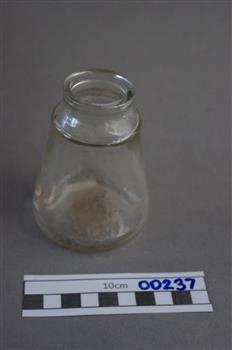 Bottle used for clag. The bottle has the original marking made by Angus P/l who trademarked the glue in 1898.

http://www.clag.com.au/about/about.htm http://en.wikipedia.org/wiki/Clag_(glue) Clag was first trademarked in 1898 by Joseph Angus, manufacturer, of 216 Nicholson Street, North Fitzroy, Melbourne. The National Archives of Australia holds the original trademark application - a digitised version is available online (see References). The exact composition of the original paste is unknown but is thought to have been starch-based. Australian schools commonly request that parents purchase Clag paste for their children as part of the stationery lists that are circulated before each school year. The main reason for this is Clag's reputation for safety and ease of use. The bottle includes a brush recessed into the lid that children find relatively easy to handle, and the packaging does not contain any small components that children might swallow. The main ingredient of Clag is wheat starch dissolved in a water base, meaning that children can safely swallow the glue without incident It feels cold to touch and when applied to paper, it sometimes alters the colour of what is on it and causes paper to warp, owing to the high water content of the glue. There is an Australian slang usage of the word "clagged" derived from the characteristic of Clag Paste and can be used in place of the words, "clogged", "congested", "restricted" or "stuck". 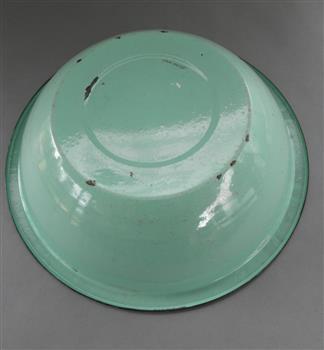 These Enamal wash basins could be found in most homes, shacks and tents, up untill the use of internal plumbing and sinks. 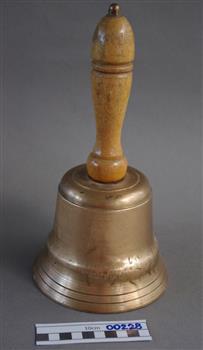 The candle light needed to be protected from the wind. This removeable light or lantern has 4 sides with 2 oblong bevelled glass panals, 3rd panel is plain with a heat vent and the 4th opens to light the lamp and has a 4.5 cm round red glass which would act as a reflector. The candle holder screws out to allow for a narrow candle to be inserted. It has a black ventilated cover on top and has slide fixture to attached the lamp on to the carriage. . Powerhouse Museum Collection Thesaurus Protected lamps or lanterns, fixed or removable, used on coaches or carriages. Commonly made of brass, they often were fitted with reflectors as well as red lenses to serve as tail lights (Art and Architecture Thesaurus). 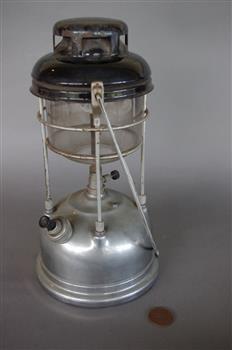 Tilley Storm Pressure Lantern, model no x246 has a stainless steel base which is filled with kerosene, with a pump used to pressurize the kerosene vapor. Under the base is a sticker.On top is a black hood with vents which sits on the glass heat resistant shade. The glass shade has an etched label. It has a white and pink mantle on the central rod with a long shaped stainless steel handle, this folds down when not in use.

http://en.wikipedia.org/wiki/File:Tilley-storm-lantern-X246-May- Tilley storm lantern, this model has been in production since 1964 The Tilley Lamp derives from John Tilley’s invention of the hydro-pneumatic blowpipe in 1813 in England. http://en.wikipedia.org/wiki/Kerosene_lamp#Pressure_lamp Pressure lamps are far more sophisticated than wick lamps and produce a much brighter light, although they can be quite complicated and fiddly to use. This type of lamp is commonly known in the UK as a "Tilley lamp", after a manufacturer of the same name, and in North America as a "Coleman lantern" for similar reasons. A kerosene blowtorch displaying the various aspects of the kerosene burnerA pressure lamp has a fuel tank at the bottom with a small pump to pressurise the kerosene. There is a narrow gap up to the top of the lamp, called a flue, and at the top of the lamp there is a burner (gas outlet). Directly underneath the burner is the mantle, a fabric bag coated with chemicals that incandesce when heated by the gas flame. The burner lamp is known for its brightness. It is so bright because of the amount of pressure that is placed onto the wick. This pressure allows a steady flow of the gasoline and a constant light Wooden Mallet A handmade wooden mallet with a handle with a rectangular head. Carved ET on side

A wooden Mallet could be found in most homes, and nearly all tradesmans tool box or bag, its most common use was working with wooden handled wood Chisels, because they did not damage the end of the chisel like a steel headed hammer,also they were used to fit joints of wood together as they would not damage the timber like steel hammers......Wooden mallets were also used by stone masons back to the time of the pyramids, but they were usually shaped differently This money box is a copy of the Commonwealth Savings Bank of Australia's Martin Place, Sydney Branch Building, the money boxes were produced c 1970's, (earlier money boxes were in the shape of a cash register or till.) When you filled the money box you returned it to the bank, the would put the contents into your savings account and issue you with a new tin. This intersection was a busy one with the tramway traffic having Steam Engines and their trucks crossing about 8 times a day, horsedrawn vehicles often had trouble crossing the tramway because it was quite uneven at times. Primitive Bowls started in Ancient Egypt, and the common form has remained very popular throughout the 20th century, with the popularity waning in the 21st century.

Powelltown had a very vibrant community with many recreational, activities, Bowls, cricket, football, tennis, swimming, and dances, held at powelltown and Yarra Junction. The community built their own facilitys. they also built tennis courts and a picture theater/hall at Gilderoy 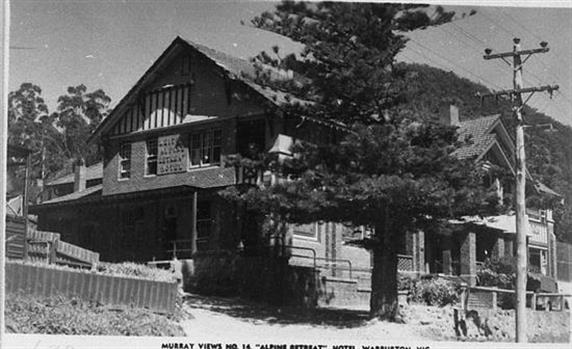