NOTICE: VISITORS SHOULD REPORT TO THE GREENSBOROUGH HWY ENTRANCE TO ARRANGE ESCORT ON BASE. PHOTO ID WILL BE REQUIRED.

The Unit History Room (UHR) has been a part of the 4th/19th Prince of Wales’s Light Horse Regiment for many years. In 1969, discussions commenced within the unit to canvass the notion of a Regimental Museum. Eventually, in 1987, a Board of Trustees was formed which established the Museum with ownership of objects vested in the Trustees.

Why we are here
The UHR’s mission is to conserve, interpret and exhibit equipment, relics, icons, artefacts, memorabilia, and historical information related to:
• the 4th/19th Prince of Wales’s Light Horse Regiment;
• its antecedent, associated and successor units and elements;
including the history of these in the context of the Australian Light Horse and, the Royal Australian Armoured Corps in order to:
• understand and commemorate the Regiment’s history;
• support the morale, education and training of the Regiment; and
• promote community awareness of the Regiment’s history and achievements.

What we collect
The collection focusses on:
• matters pertaining to individual and unit histories of 4/19 PWLH and its antecedent and associated units and organisations,
• the context of these in the Australian Light Horse and the Royal Australian Armoured Corps
• related equipment and artefacts
The scope of historical interest includes military, political, social and cultural aspects

How we are organised
The UHR is an element of the Regiment reporting to the Commanding Officer and Trustees.

Getting to know us

• The UHR is open on Monday and Thursday mornings (except public holidays). We can open at other times by appointment. Group visits from organizations are welcome.

Object donations
We often receive offers of donations of objects of interest. There is increasing community awareness that, when cleaning up, objects of possible historical significance should be sent to a museum rather than the tip.

Museum practice is for object donations to involve a transfer of ownership to the museum. Potential donors sometimes ask that it be treated as a long term loan, “in case I want it back one day”. If you are not happy to let it go, then it is better to keep it. In the case of medals, we would like to be sure that the family agrees to the donation.

Not all donations are of particular relevance to the UHR. With a clear title to the item, we can transfer it to a more appropriate collection. Or, we may decline a donation.

Situations vacant
The UHR is looking for volunteers who can commit for the long haul. The types of work involved include: preparation and maintenance of displays, photographing and cataloguing of objects, escorting visitors, and picture framing.

In accordance with museums practice, the Unit History Room DOES NOT provide valuations of objects

We are located at Simpson Barracks, Watsonia.

Monday and Thursday mornings or by appointment. Closed public holidays VISITORS SHOULD REPORT TO THE GREENSBOROUGH HIGHWAY ENTRANCE TO ARRANGE ESCORT ON BASE. PHOTO ID WILL BE REQUIRED.

The collection focuses on history of the 4th/19th Prince of Wales's Light Horse Regiment.
The scope includes the modern day Regiment established in 1948 and its antecedent units dating back to the Kyneton District Mounted Rifles of 1861.

can you help me please Im doing up a ferret scout car at are Army Museum could you if possible email me a photo or diagram of how the Battries are set up in side the Ferret please, I live in Aussie W.A. You have a great pages on the Victorian Collections its a WOW thank you. David. From effects of Tpr Archibald Smith, 3 Australian Light Horse Regiment. Believed acquired as a souvenir when serving on Western Front in WW1. Presented by a former Commanding Officer of the Regiment Object is property of the Regiment. It has been catalogued by the Unit History Room to provide a record of it. Embroidered in gold thread : "From Roy" Lt-Col McIntyre was the first Commanding Officer of 4/19 Prince of Wales's Light Horse Regiment, serving from 1948 to 1952. This helmet although manufactured in WW2, is an almost identical style to the WW1 helmet worn by soldiers of the 4th Light Horse in France and Belgium. Book - The Princes of Wales

The title of the Regiment includes that of HRH The Prince of Wales and the Regimental badge incorporates the three feathers and motto (Ich Dien) of his crest. This book provides a history of the 21 Princes of Wales from the Black Prince of Battle of Crecy fame to Charles. 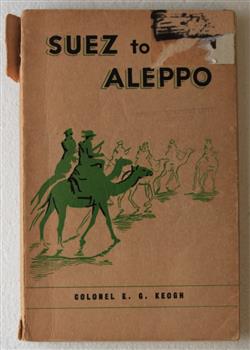 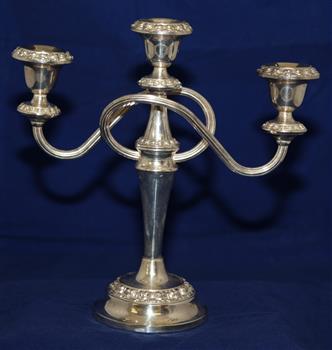 Book - A Guide to Victoria's Wartime Heritage. Remember Them

"Australia's involvement in war and peacekeeping operations has touched almost every town, large and small, in Victoria. This comprehensive survey of Victoria's memorial landscape will be an invaluable starting point for teachers and students who are exploring its impact in their community" John Taylor Chairman, Shrine of Remembrance Technically called a cavalry trumpet, this brass instrument can be described as a "simple trumpet" ie. the direct forerunner of the modern valve trumpet. It is in E flat not B flat as is the bugle. Both were carried slung over the player's body by means of green tasselled cords.

The 2nd Light Horse Regiment was raised at Enoggera in Queensland on 18 August 1914. Its recruits came mainly from Queensland but some hailed from the northern rivers district of New South Wales. The 2nd was one of three regiments of the 1st Light Horse Brigade – the first Australian mounted formation raised by Australia during the First World War. The regiment sailed from Brisbane on 25 September and disembarked in Egypt on 9 December. The 2nd Light Horse Regiment deployed to Gallipoli without its horses and landed there on 12 May 1915, joining the New Zealand and Australian Division. It played a defensive role for most of the campaign but did attack the Turkish trenches opposite Quinn’s Post, one of the most contested positions along the ANZAC Line. The first assault wave was mown down and fortunately the officer commanding the attack had the wisdom and courage to call it off. The 2nd was withdrawn from the front line in September and left the peninsula on 18 December. Back in Egypt, the 2nd Light Horse joined the ANZAC Mounted Division. Between January and May 1916, the regiment was deployed to protect the Nile valley from bands of pro-Turkish Senussi Arabs. On 18 May, as part of its parent brigade, it joined the forces defending the Suez Canal. The 1st Light Horse Brigade played a significant role in turning back the Turkish advance on the canal at the battle of Romani on 4 August. In ensuing days the regiments of the brigade participated in the immediate follow-up of the defeated Turks, but were soon withdrawn to rest. The 2nd Light Horse Regiment rejoined the Allied advance across the Sinai in November and was subsequently involved in the fighting to secure the Turkish outposts on the Palestine frontier – Maghdaba on 23 December 1916 and Rafa on 9 January 1917. A stint of protective duty along the line of communications through the Sinai followed. The 2nd’s next major engagement was the abortive second battle of Gaza on 19 April. Gaza finally fell on 7 November, after a wide outflanking move via Beersheba, in which the 1st Light Horse Brigade played a part. With the capture of Gaza, the Turkish position in southern Palestine collapsed. The 2nd Light Horse Regiment participated in the advance to Jaffa that followed, and was then committed to operations to clear and occupy the west bank of the Jordan River. It was involved in the Amman (24–27 February) and Es Salt (30 April–4 May) raids and the repulse of a major German and Turkish attack on 14 July 1918. The final British offensive of the campaign was launched along the Mediterranean coast on 19 September 1918, with the ANZAC Mounted Division taking part in a subsidiary effort east of the Jordan aimed at Amman. Turkey surrendered on 30 October 1918. The 2nd Light Horse Regiment sailed for Australia on 13 March 1919 without their horses, which were either shot or transferred to Indian cavalry units. Events in the daily routine of the soldier were signalled by bugle and trumpet calls.

This trumpet is signicant because historically, it was issued to the 2nd Australian Light Horse Regiment in 1912. This Regiment served with distinction in Gallipoli and Palestine in World War 1. It is probable, but not confirmed, that tthe trumpet was used by the Regiment during these operations. Each light horse regiment was divided into four squadrons. Each squadron had a trumpeter sergeant, equipped with a cavalry trumpet, who was employed at the Squadron Headquarters Inscribed Plate: Presented by his most gracious majesty the King Emperor to the 11th Aust Light Horse Regt in recognition of services rendered to the Empire in South Africa 1904 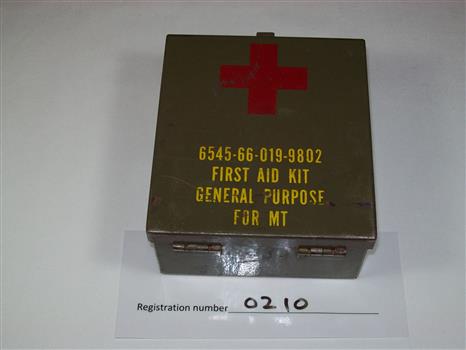 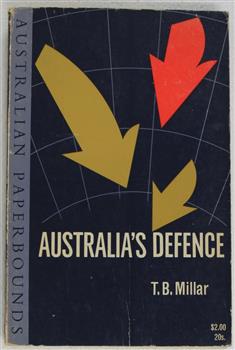 Lloyd Lindsay Competition In 1873 Colonel Loyd Lindsay introduced a prize for mounted riflemen. The initial experimental competition was a great success and it was for many years a feature of the various shooting programs. The conditions in 1873 required that sections of four mounted men were to ride about three quarters of a mile, taking two flights of hurdles in the course, and were, while dismounted and their horses either linked or held by alternate files, each to fire five shots at 200 yards standing, and the same number at 400 yards in any position. There was a time limit of twelve minutes, and the rifle, of any Government pattern, had to be carried on the back or slung to the saddle. 13TH GIPPSLAND LIGHT HORSE HANDSOME TROPHIES ON VIEW Thery are on view in the window of Mr. A. W. Bennett, Jeweller, some handsome trophies which were pre sented to the 13th (Gippsland) Light Horse, and which are worthy of the admiration they have elicited. A handsome pair of solid silver candal abra, presented to the officers mess of the Regiment by Mrs. Norman Mc Lean in memory of her husband, the late Lieut. Norman McLean, who for many years was a member of the re giment, are a fine piece of workman ship and valued at £200. The silver cup donated by the same lady for competition amongst the Regimental troops, is also very handsome. The late* Hon. .William - Pearson, M.L.C., who was Honorary Colonel of the 13th (Gippsland) Light Horse Re giment, presented a handsome silver cup. for competition amongst the' troops of the 'regiment, Iand teams will compete 'for it annually at the camp of continuous training. The ar ray of trophies is a most interesting one. Gippsland Times 19 Jan 1925 HUTTON SHIELD Stratford Troop Beaten After winning the Hutton Shield for four years in succession, the Stratford Troop of the 13th. (Gipps land) Light Horse was defeated in this year's competition last week, Scottsdale Troop (Tasmania) beating Stratford by 17 points. Gippsland Times 22 May 1933