Heidelberg Theatre Company is an amateur theatre company based in Rosanna Victoria, Australia. It has been in existence for 63 years. It holds hard and digital copies of programs, newsletters, posters, photographs and other memorabilia related to the 400 plus productions it has staged since 1952. There are also photos and memorabilia relating to the various buildings that have housed the Company and dvds of special events and anniversary celebrations of the Company and interviews of members who have made an important contribution to the Company. Also there is a collection of costumes and furniture, many of which have been donated by local families and others were purchased or made by members of the Company over the years..

No set opening hours other than performance times and dates when a production is being staged. Research enquiries to be made via email.

Heidelberg Theatre Company. Printed and scanned copies of programmes, newsletters, posters, photographs, related to the productions the Company has staged since 1952. A collections of costumes and properties, Copies of documents relating to the forming and running of the Company, including Minutes of Committee and Annual General Meetings. 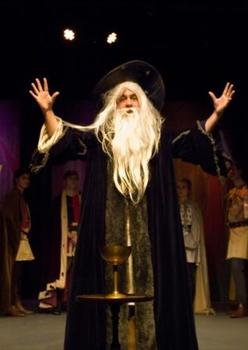 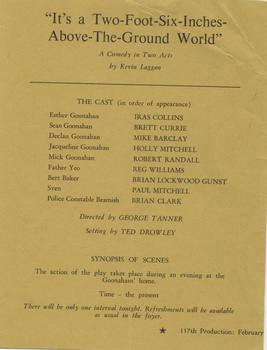 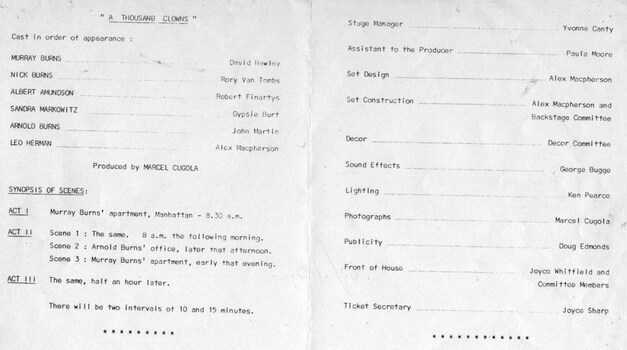 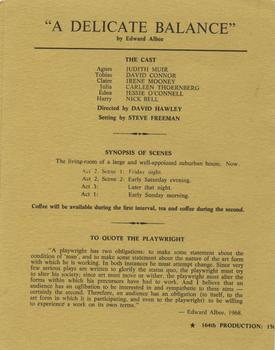 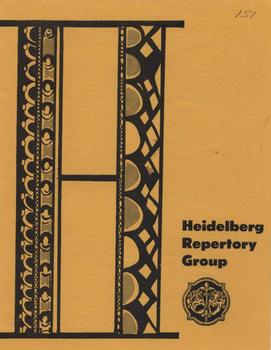 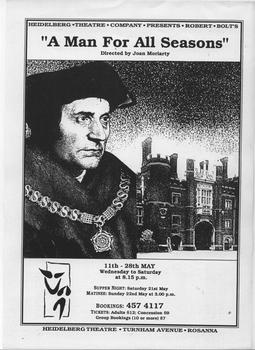 Program Photos Newsletter Poster Articles - Over the River and Through the Woods by Joe DiPietro by arrangement with Hal Leonard Australia Pty. Ltd. on behalf of Dramatists Play Service Inc. New York directed by Geoff Hickey 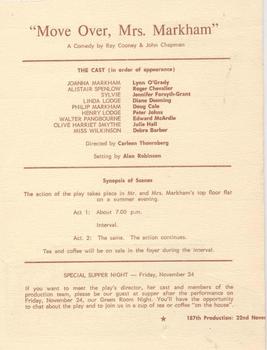 Photocopies of original articles from Theatrecraft and other unidentified newspapers

2_1952 - 1. Reg Rudd founded the City of Heidelberg Repertory Group. It was a breakaway group from the Heidelberg National Theatre, which is believed to have been active in the district from the 1930s. It is understood the Heidelberg National Theatre folded in the late 1950s 6_1952 articles2 - Cuttings, including articles advertising first meeting of the City of Heidelberg Repertory Group on the 1st February, 6_1952 articles7 - Article reporting on AGM held in February, 1953 with Cr F. Boyd presiding, when comprehensive reports were read by Mr Reg Rudd, the director, the financial report was presented by Mr Mel Morgan. General Memorabilia files - Significant events during 1990 not connected to productions, including 1990 Playbill 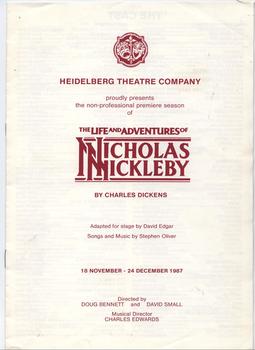 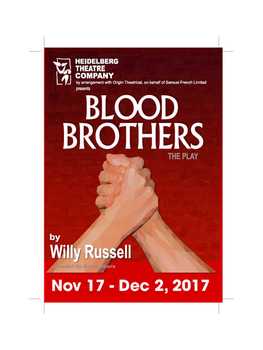