VACL is the peak Indigenous body for Victorian Aboriginal Languages, created to develop partnerships with, and provide resources and information to, government and non-government and community organisations. The VACL Library is a repository for specialist language materials for Indigenous communities. It also houses a range of media including books, audio-visual materials, manuscripts and other items in print and electronic form.

Not open to the public.

The VACL Library is a unique and highly significant resource. It features the most complete holding of materials on Victorian Aboriginal languages in existence, and is the only place prioritising Community as well as historical and linguistic materials. To achieve VACL’s aim of providing and maintaining a central resource for Victorian Indigenous languages to benefit local Aboriginal communities and individuals of Victorian Aboriginal descent, the Library’s focus is on Aboriginal languages in Victoria. However, the collection extends to resources on interstate Indigenous languages, as well as covering issues of endangered languages and language reclamation around the world. Although its focus remains on Aboriginal languages of Victoria, the Library's specialisation encompasses a diverse range of subject areas. The collection contains resources covering, but not restricted to, the subjects of linguistics, history, sociology, education and botany.

Take Down Notice for the VACL Collection.

Please contact us in the event that you are the owner of the copyright or related rights in any of the material on this website, or in a publication or broadcast to which VACL has provided material from its collections, and you believe that the material may be subject to a third party ownership or another legal claim,or you believe that use of this material infringes your intellectual property or any other rights.
We will withdraw the material from our website upon receipt of your written objection and our initial verification of your complaint, while the matter is investigated. Your objection will be acknowledged within seven working days of receipt.

For any other copyright queries, please contact us on [email protected]

Hi I'm an Aboriginal teacher who is teaching Aboriginal Gamilaroi language in a high school years 7 and 8. I have very limited resources and wondering if there is anything on our language that I may be able to borrow or purchase .

Dear Elizabeth, thank you very much for contacting us. Although we do have resources relating to Gamilaroi Language, items in our collection are not for sale or loan. I'm wondering where you are located. If we know your region, we might be able to point you to more local organisations that could help you and your students. If you're in or ever around Melbourne, we would love you to visit. If you have any questions about this, please don't hesitate to contact us on (03) 9600 3811 or [email protected] Thanks again for your message, Kind Regards, Jenny Gibson

thank you for the website. I would like to know how you would name the original people of the Creswick, Vic. area. I have seen mention of Wemba Wemba and Dja Dja Warrung, also Kulin nation (in your website for the dictionary of Wathawoorrong. Thank you Book - Kamilaroi and Kurnai : group-marriage and relationship, and marriage by elopement drawn chiefly from the usage of the Australian Aborigines : also the Kurnai tribe, their customs in peace and war

Original notes taken by Fison and Howitt into marriage rites and customs in the Kurnai, Kamilaroi and JAMILARAAY people. It looks at kinship terms. Includes maps. 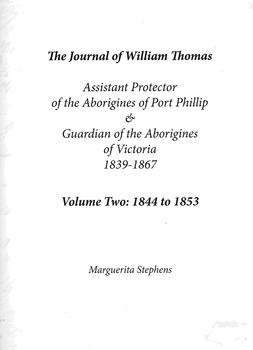 This series presents 28 years of Thomas' journals, transcribed and annotated by Dr Marguerita Stephens (Vols 1-3). Vol 4 provides a substantial collection of Thomas' records of Kulin language - some reworked from earlier transcriptions by Dr Stephen Morey. For nearly three decades William Thomas chronicled his life and work with Aboriginal Victorians through his daily journal entries. Now this four volume set, comprehensively indexed and extensively annotated, shines new light on the history of race relations in Australia. Thomas' detailed observations give a rare insight into the process of cultural continuity and collapse, and the agency of Victorian Aboriginal leaders in social and economic interactions with settlers and colonial administrations in a time of great social upheaval. This first-hand account repopulates Victorian history, paying respect to the work, play and lives of the Aboriginal men and women who emerge from the pages of Thomas' journal. 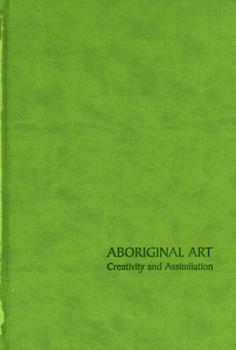 Landscape and Language -- Lubra Creek -- The River Runs Backwards -- These Blarsted Hills -- Scarcely Any Water on Its Surface -- Everyone Who Has Ever Done A Tree Sit Always Says That The Tree Talks To You -- The Spirit of the Plains Kangaroo -- The Graveyard of a Century -- So Much for a Name -- Blackfellow Oven Roads -- The Ends of the Earth -- Natural Beauty, Man-Made -- Uluru -- The Outside Country -- It's Only Words. Book - You are what you make yourself to be : the story of a Victorian Aboriginal family 1842-1980

The story of the Pepper Family and their life on the Mission at Lake Tyers. This strong family have recounted their tales and the history of the area and the lives and control of Aboriginal people.

This regional survey is the last of a trilogy, each of which deals with a particular aspect of living conditions and racial relationships in the Loddon watershed in the early Colonial days. Book - Telling it like it is : a guide to making Aboriginal and Torres Strait Islander history

This research manual gives sources and details for history research. Includes stories from the area. Teacher's notes on the teaching of the Arabana language, provides instructions for use with the CD ROM, language lists and activities. 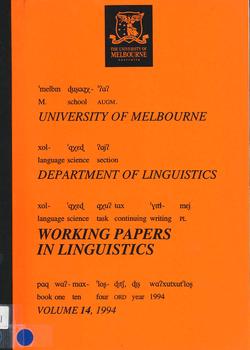 A collection of papers on a variety of languages areas. 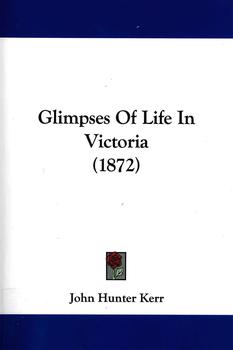 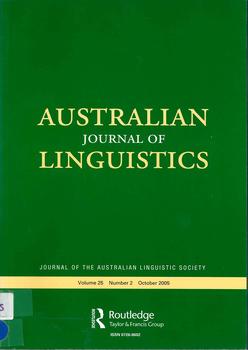 This document is a summary of 'An indigenous history of Stonnington (2006) by Dr Ian Clark and Laura Kostanski, University of Ballarat. Assisting educators in South Australia to respond to specific language and literacy needs and goals of Aboriginal students. 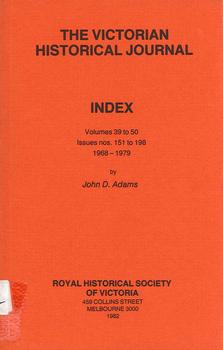 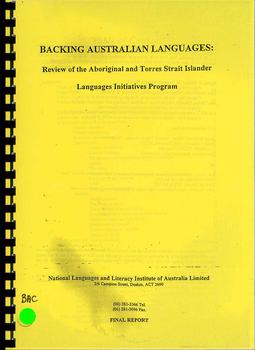 Final report from this body, looking at the effectiveness of Language maintenance programs, a systematic approach to language loss, nature of relationship between languages etc. 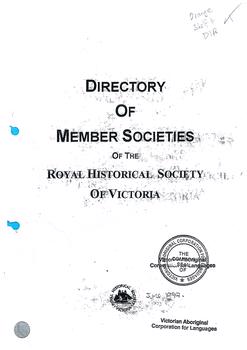 Listing of all Historical Societies in Victoria with data for each. Book - Australian Aboriginal words in English : their origin and meaning

A detailed study and dictionary of English words that have been borrowed from Australian languages. Entries organised by category and include quotes from relevant sources. Etymologies and source languages given wherever possible. Video - So they can know : language nests

The Bunuba, Gooniyandi and Kija language nests portrayed here are run by the Kimberley Language Resource Centre and supported by the communities. The nests allow pre-school children to learn their own traditional languages in a stimulating environment. They are immersed in the language through activities like dancing, fishing and collecting bush tucker. A long term government plan to increase diversity of language learning and proficiency across Victorian schools. Details the ?Koorie? exhibition presented by the Koorie Heritage Trust in association with the Museum of Victoria. Outlines the history of the Aboriginal people of south-eastern Australia.