For five summers from 1987 to 1992 ATCV volunteers were landed on Rigby Island in Victoria’s Gippsland Lakes to “baby-sit” Little Terns (Sterna Albifrons) which breed in Asia and visit Australia in the Northern winter. By the mid 1980s the visiting population had dwindled dangerously due to predation and its very slow rate of reproduction. Conservation volunteers patrolled from dawn to dusk on a rotating 4 hour shift, educating visitors why they should stay away from the birds, and kept watch for pests. Terry Peacock’s logistics were heroic In support of the volunteers’ vigil: a boat, bunks, tents, tools, and a kitchen were bussed from Bendigo to Lakes Entrance. There were no outside funds at first, and only sale of promotional T-shirts together with small grants from the ANZ Bank and from Yellow Pages kept things going. Volunteers paid their own way to and from Bairnsdale railway station.

In 2010 the status of the Little Tern populations in Australia was assessed under the ECBP Act and the determination was that, while the Gippsland Lakes population will continue to benefit from conservation action, they are no longer a threatened species.

This record was last updated 4 years ago 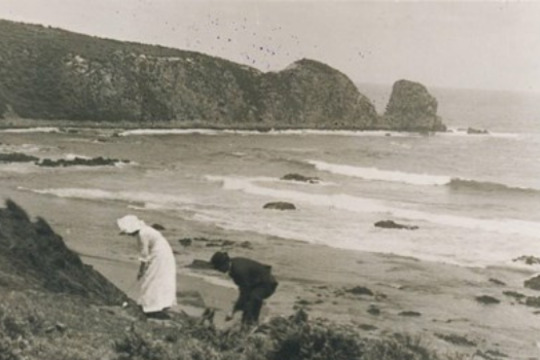 The people of Victoria have had a constantly changing relationship with their native birdlife.

Curated by Rohan Long, Technical Officer – Zoology and Collections Manager of the Tiegs Museum, School of BioSciences, Faculty of Science, University of Melbourne.