Established in 1998, Ballarat Heritage Services provides award winning publishing and cultural heritage services. We take pride in making a broad range of heritage related items and photographs accessible to researchers, school children, family historians and academics. By documentation and through interpretation, researching, writing, creating books, and unique indexing projects, Ballarat Heritage Services has contributed significantly to a wide field of research, especially on "hidden" aspects of history such as asylums, women's refuges, migration (especially early non-English speakers in Victoria) and industrial heritage. Our large picture collection includes many images of people and places, especially from Victoria and its goldfields.

Our Collection comprises a range of images and databases collected during research or publication, as well as a number of contemporary images taken by associates Clare K. Gervasoni, Dr Dorothy G. Wickham, Wayne Phillipson and Lisa J. Gervasoni. We are also grateful for donations and contributions.

The Collection includes Victoria's Pre-Olympic Swimming Pools by Lisa Gervasoni, and a Swiss/Italian collection, particularly including the Gervasoni family of Yandoit Creek, Victoria. Photographs taken during research for major projects undertaken by Dr Dorothy Wickham include those of the former Ballarat Female Refuge, Scott's Parade, Ballarat, research into the freemasons of the Central Highlands of Victoria, and Stonemason's Marks. Strengths of this collection are its Eureka and early goldfields focus, industrial heritage, and its focus on little known aspects of Victoria's history and heritage.

The Ballarat Heritage Services Picture Collection consists of thousands of images collected to use for interpretation and illustration. Some images date back over 100 years, but many are contemporary views of Victorian towns and places photographed while travelling to conduct research. The collection shows change over time, and the more recent images will be of greater importance in future years. Plan - Routes to the Victoria Diggings, 1852 Black and white photograph of members of the Gervasoni family. The grey haired woman is Anne Gervasoni (Pedretti), and her grandson John Hogan Gervasoni is on th right. Black and white image an adult koala in a tree, carrying its young. This site was used as a burial ground from 1855 (about) to 1859. European and Chinese pioneers rest here. The Bendigo Chinese Society Honouring the memory of their Countrymen, fenced the site, 1928 Population of Vaughan 1859, 13000 A colour photograph of the former Retallick building on the Australian Catholic University Ballarat Campus. Relief print. This artist was studying printmaking at RMIT in 1984. If you can identify the artist please use the comment link below.

This unsigned relief print was purchased from students at RMIT c1984 This church is located in the historic town of Heydon, a village still in private family possession. Colour photograph of the Rising Sun on the Ballarat Arch of Victory. 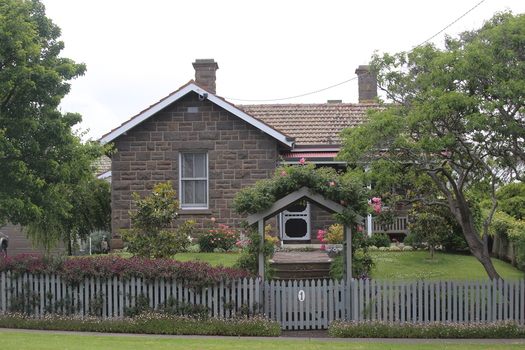 Photograph of a bluestone house near the site of the former Immigration Depot. Colour photograph of a wavelet at Killarney Beach. William the Conqueror inherited Old Sarum from the last Saxon king of England. It was an ideal site for a royal castle. It was here in 1070 that William paid off his army after a long and bitter campaign in northern England. It was here in 1086 that he called together all the major landholders in England so they could swear allegiance to him. It was a crucial moment. The Domesday Book was being written, a threatened Viking invasion had only just been averted and William's eldest son was in armed rebellion. Old Sarum was an important place where this Norman king of England held power. In 1794 the Ordnance Survey set out to check the accuracy of the first mapping of Southern England, which had begun ten years earlier. From a point just below Old Sarum Lieutenant William Mudge laid out a base-line 36,574 feet (11,253 metres) long. From each end of the line the positions of distant places were plotted using a huge theodolite made in 1791 by Jesse Ramsden. The accuracy of the process, which was repeated all over England, depended on Jesse Ramsden's craftsmanship and on William Mudge's surveying skill in setting out this first base-line from Old Sarum. The nearer end of Mudge's line is marked by an inscribed stone beside the modern A345 at Old Sarum. 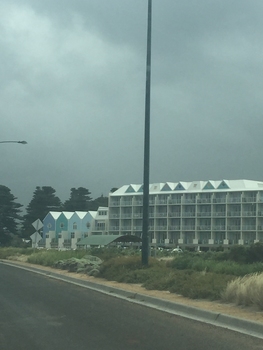 A spring at Daylesford is surrounded by a drystone wall. A tree in the Wombat Gardens. Colour photograph of an Art Deco shop and statue in Sturt Street, Ballarat. The Boroondara General Cemetery is registered by Heritage Victoria St Mary's Dullingham is a parish in the Raddesley Benefice. Colour photograph of a headstone in the Tower Hill Cemetery.