This collection is no longer maintained nor monitored and is not accessible to the public.

The entity now known as NMIT was formed in 1988 through the amalgamation of Preston College of TAFE and Collingwood College of TAFE. The new entity was called Northern Metropolitan College of TAFE. In 1996, the name was changed to Northern Melbourne Institute of TAFE and, in 1999 the acronym NMIT was adopted.
From modest beginnings as a technical school in Collingwood in 1912, NMIT has grown to become the largest provider of vocational and technical education in Melbourne’s north with current course enrolments exceeding 65,000.
NMIT is located in the northern suburbs of Melbourne, Victoria, Australia. It has six metropolitan campuses located at Preston, Collingwood, Epping, Fairfield, Greensborough and Heidelberg and a rural campus at Ararat.
There are also six training centres Northern Lodge – Eden Park, Northern Lodge - Yan Yean, Yarra Glen Racing Centre, Northern AMEP (Adult Migrant English Program) Centre in Broadmeadows, Growling Frog Vineyard and NMIT Kyneton Park.
Collingwood Technical School
In the early years of the 20th century adequate technical education was lacking and became a focus in the Victorian Parliament. After much debate and discussion among politicians and educationalists, the 1910 Education Act No 2301 was passed, making possible the establishment of new technical schools to address the dearth of skilled trades people.
In July 1912 Collingwood Technical School opened in the modified bluestone buildings at 35 Johnston St, originally built in 1853 as the Collingwood Town Hall and Court House.
Within three weeks, there were 57 boys enrolled - studying preliminary carpentry and pattern-making, plumbing, engineering, sheet iron work and bricklaying. They attended two hours a night on three evenings a week.
In 1913, the school opened its doors to juniors and took residence in new permanent buildings erected on the site. It was classified as a trades school by the State Education Department. Two years later courses in electrical wiring and electrical and mechanical engineering were introduced.
Over the next 75 years, the school expanded with new extensions and courses as education assumed a much greater significance in society.
In 1916, during World War 1, the school was used to rehabilitate returned soldiers and a Returned Soldiers Training Scheme began.
In 1931, during the Depression, classes started for unemployed youths and by 1935, the junior school had 788 enrolments, the biggest of any metropolitan technical school. The total enrolment was 1769.
In 1970 the school was renamed Collingwood Technical College following the introduction of 'middle-level' engineering courses. Then in 1976 Certificates of Technology were introduced and the college assumed responsibility for high school evening classes at University High School as part of TAFE operations. In 1981 the college changed its name to Collingwood College of TAFE.
Preston Technical School
In the mid-1930s the idea of establishing a second technical school in the north of Melbourne resurfaced. Seizing the initiative, Preston Council provided land in St Georges Road and Northcote City Council also offered money. In 1937 the new school Preston Technical School opened with 385 male students and twenty-one staff. Demand for technical education in the north grew, and within three years, the school had outgrown its buildings and spilled over into temporary quarters.
By the end of World War II, students were also being taught in classrooms at four state schools in Preston and Northcote. While wartime had halted new construction, after 1945 building restarted and in 1947, a workshop block was opened for teaching carpentry and joinery, fitting and machining, plumbing and gas-fitting.
By 1949, there was a request to educate girls in the technical area. It was seven years later that the Girls' Technical School opened in Cramer St. with up to 500 students. As well there was a push for the establishment of a diploma school offering tertiary courses in engineering and science. By 1951, Preston was the biggest technical school in Victoria, with 893 boys enrolled.
During the 1960s the college grew and developed. In 1966, the college council applied to affiliate the Preston Diploma School with the Victoria Institute of Colleges, and study programs increased rapidly. By 1977, more than 100 courses were offered and a decade later, the college had a student population of almost 17,000 prior to amalgamation.
NMIT is now accredited to deliver over 500 nationally recognised qualifications and more than 400 Institute accredited courses in everything from accounting to equine studies, childcare to commercial cookery, fitting and turning to floristry and beauty therapy to meat processing. These study programs are delivered by six faculties – Earth Sciences, Further Education, Business Hospitality and Personal Services, Building and Construction, Arts and Social Sciences, Engineering – across seven campuses and six specialist training centres throughout the northern region of Melbourne and country Victoria.
NMIT now encompasses a broad course range that transcends the days of carpentry, plumbing and sheet metal, with programs that include pre-apprenticeships, apprenticeships, certificates, diplomas, advanced diplomas, associate degrees and bachelor degrees. There are also articulated pathways to university studies and NMIT hosts a large cohort of international students as well as delivering programs with 25 partner institutions throughout Asia.
Finally, perhaps one of the most significant aspects of NMIT’s development is the links the Institute has forged with industry and the community which still permeate NMIT today. It is one of NMIT's greatest strengths that students are taught by teachers who are directly involved with and work in the industries in which they are teaching, and courses are designed to meet the needs of industry and business in the region.
Source: NMIT Centenary Project
http://www.nmit.edu.au/centenary/

This collection is no longer maintained and is not accessible to the public.
The NMIT Archive Centre was established in 2012 as part of the Institute’s centenary celebrations with a view to bringing together a repository of documents, images, reports, plans, recordings and artefacts of enduring historical value which record the history of NMIT and the various educational institutions upon which it is based. Its collection ranges from 1912- and includes handbooks and prospectuses, annual reports, inspector reports, principal's reports, program reports, account books, building plans, student and staff manuals, student and staff photographs, newspaper cuttings, recordings of events such as openings of new buildings or campuses.

Hi NMIT crew, Can you send me an email? I'd love to communicate with you since we have such similar collections. I'm going to look for some NMIT related items in my collections. Have you got any Ballarat School of Mines items in yours? Clare - [email protected]

I have copies of 1949, 1950 and 1951 Preston Technical School annual magazine in good condition. Would a historical society like to have them? 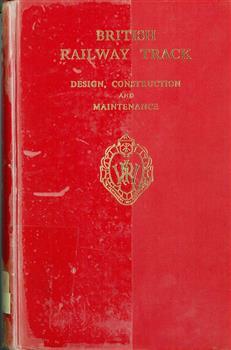 Book of 533 pages titled 'British railway track: design, construction and maintenance', This copy is the third edition, published in 1964, edited by RA Hamnett, Published by The Permanent Way, Nottingham. Part of NMIT's marketing strategy, this invitation to NMIT Expo 2003 is aimed at prospective students.

Typed Minutes of Council Meetings of the Northern Metropolitan College of TAFE and Northern Melbourne Institute of TAFE. 1989-2007. Continued by the Minutes of Board meeting from 27 August 2007 to 26 October 2009. Minutes from 2008 are also online on the staff intranet.

Press releases and the resulting media reports are the public face of NMIT. These records come from the Corporate Communications Department of NMIT and the collection dates from the early 1990s.

A comprehensive collection of media and press releases, media contacts and press clippings 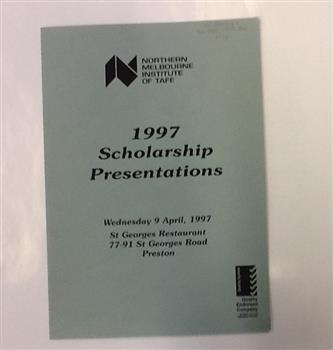 A3 sheet folded to A4 printed on green card.

This program lists the recipients and sponsors for the 1997 scholarships at Northern Melbourne Institute of TAFE.

Lists names of sponsors and recipients of 1997 scholarships. 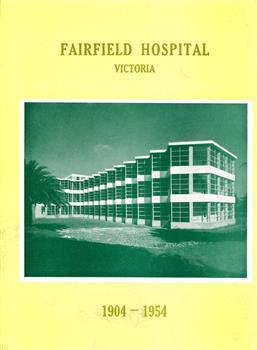 8 page booklet giving a brief history of Fairffield Hospital from 1904-1954. It includes a Souvenir 'Programme of Golden Jubilee Celebrations' held on 9th October 1954, and some images 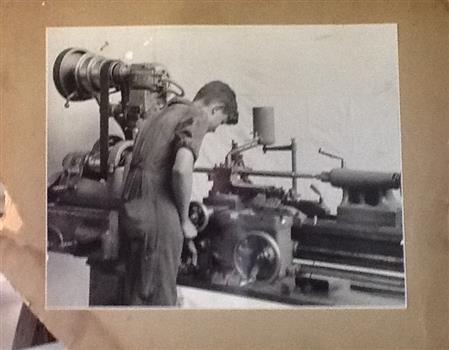 Black and white photograph mounted on brown card. Caption pasted on back of photograph.

This is a high quality professional photograph taken circa 1940. In 1938-1940, CTS was part of the Unemployed Youth Training scheme. This photograph is a visual record of this scheme. 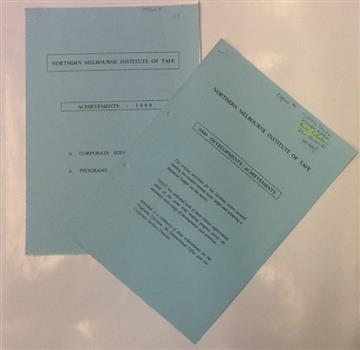 These reports give details of achievements and developments in the services offered by the Corporate Services Division and Programs Division of NMIT during 1999 and 2000.

2000 edition has a circulation list handwritten on top right of cover. A folder containing a covering letter and approx 32 individual sheets, each describing the course for a "New Apprenticeship". 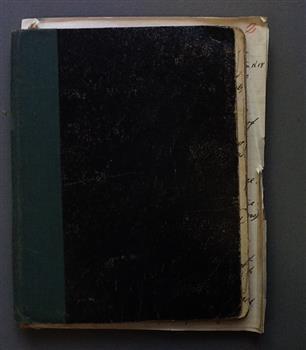 The Council of School activities dealt with matters pertaining to student welfare, from the seats provided in the school grounds to tuck shop and school caps.

Details the activities within the school, including those teachers who were involved.

All entries are handwritten.

A4 size Booklets, spiral bound, promoting the Courses for Horses course at NMIT, 2002 and 2005. This was continued in 2006 by 'Equine studies at NMIT' 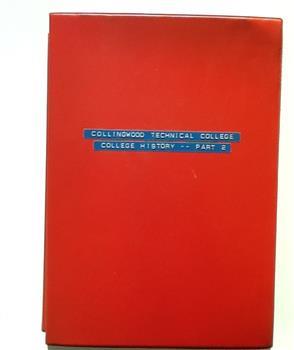 A broad collection of information regarding the early years of CTS and CTC.

Each document has a numerical inscription relating to the Collingwood Technical School archives.

Photo album with red cover with label on spine 'Renovations at CTC'. They date from 1978 Silver presentation trowel with wooden handle in an oblong black box. The trowel has an inscription. The trowel is in an oblong black box which is covered in black leatherette/paper and the inside is lined in royal blue satin on the bottom and in white satin inside the lid. There is supplementary material which includes a black and white photograph H150mm X W 200mm. On the reverse of the photo ‘LAYING FOUNDATION STONE 1923 / Sir Alexander Peacock, Minister for Education’. Other supplementary material icludes copies of four sheets of A4 typed letters dated between 9th October, 1941 and 18th November, 1941 among The Director of the Education Department, The Principal of Collingwood Technical School and The Hon. T. Tunnecliffe, MLA, concerning the wishes of Lady Peacock that the trowel be presented to the school and the school's acceptance of the offer. Also a With compliments slip ' With the Compliments / of / T.Tunnecliffe, M.L.A. / PARLIAMENT HOUSE, / MELBOURNE.'

The trowel has an inscription ‘PRESENTED TO / SIR ALEX PEACOCK, M.L.A. / BY / MR. W. BOLGER, CONTRACTOR / FOR THE PURPOSE OF LAYING / THE FOUNDATION STONE / AT / COLLINGWOOD TECHNICAL SCHOOL / SEPT. 4TH 1923’. The box has a gold coloured oval makers stamp on the inside of the lid 'ARMFIELD''S / Watchmaker, Jeweller & Optician / 24 Smith St., COLLINGWOOD'. Coloured photographs of Preston Technical School 1983 Classes. Quality of photos is not good, not sharp images Black hard cover book divided by tabs for each year. Results sheets have been pasted into book.

Examination results (pass or fail) in all aspects of technical education from Mathematics to trade subjects.

A key record of students and results from the early decades of Collingwood Technical School. Brochure - NMIT - What's where and how to get there.

This brochure lists areas of study available at each of NMIT's campuses around Victoria. Includes maps and photos of NMIT campuses. 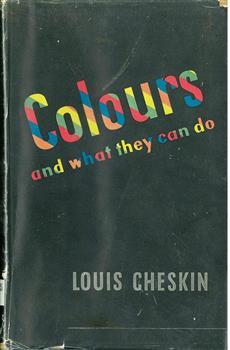 Book of 214 pages Colours and what they can do, by Louis Cheskin. Published in London by Blandford Press, in 1951. It has a Presentation certificate pasted on the inside cover 'Presented to / DavidFindlay / by the / B.B.S.I. (Vic.) Group / Best Student / City & Guilds of London Institute / Footwear Higher Certificate Course / 27th July, 1967'. 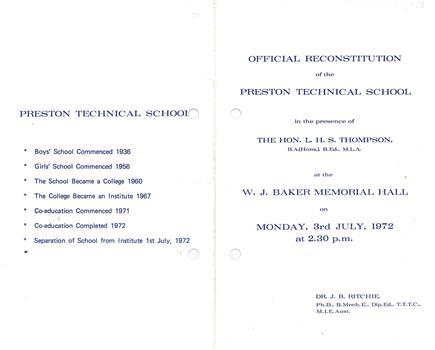 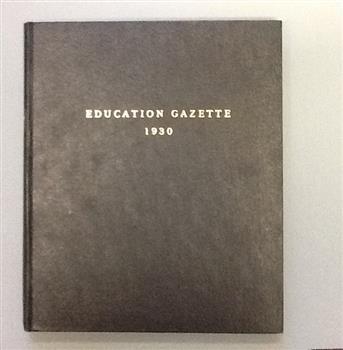 Annual volumes bound in black with title on cover in gilt. Various pagings per edition. Cover of each month contains title and contents for that edition.

A snapshot of Education Department Victoria during this period. Booklet of 16 pages written by Annette Bilby with illustrations by A.T.Davidson, and published by Flat Chat Press, NMIT in 2005. Children's story. ISBN 0975808400