The Slovenian Association Melbourne was founded in 1954 – proudly one of the first Slovenian clubs in Melbourne. From humble beginnings at a small property in Carlton, it has grown to become a well-resourced, picturesque hospitality establishment over 17 acres in the beautiful undulating hills of Research, the perfect Slovenian hillside setting. The Association was originally established to assist settlers of Slovenian origin with their integration into the Australian community. However as time progressed and the Australian-Slovenian population grew it has evolved into a successful social, sporting, cultural and charitable organisation.
Today, the Slovenian Association Melbourne continues to thrive, maintaining a link with our 'motherland', promoting the Slovenian cultural and ethnic heritage, thereby contributing to the Australian multicultural way of life. Colour drawing of stylised carnation, influenced by folk art. Motif is for embroidery. St Nicholas giving gifts to Slovenian children in a hall, accompanied by angels and devils, much feared by children. The St Nicholas was Mr

St Nicholas is an old Christian tradition all over the world and Slovenians are very diligently keeping the tradition. The children were given presents, lollies and oranges, sometimes toys as well.

Handmade outfit for St Nicholas still in use today

St Nicholas dressed in a home made outfit made by Dragica Gomizel in late 1950s. combinations of many round and square crochet parts, sewn into the bedspread Slovenians gathering at a party 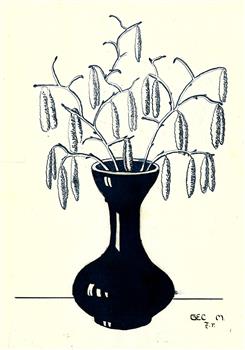 Marcela Gec was attending Italian convent school, because the territory of Slovenia was under the Italian rule. Invitation - Invitation to the Boxing Day Cultural performance in 1960

Performance by the Drama Group Working bee volunteers at the new building site for the new Slovenian centre, 1972 Video and DVD - Footage of Slovenian migrants in 1956 in Australia

- Migrant ships arriving into Port Melbourne in 1956. Migrants boarding the train to Bonegilla camp and resettling in Victoria. - Section on Olympic Games in Melbourne was filmed by Father Basil Valentin OFM who was the Chaplain of the American Olympic team. -Also showed extracts of Moomba festival in 1957. - Slovenian settling on Australian farms and weddings of members of the Slovenian community

This video shows the magnitude of migrants who arrived in Australia in 1956 by ships mainly from Italian ports from Genoa, Trieste and Naples. It shows the settling of migrants into camps and depicts their everyday life including education and recreation and assimilation into Australia. 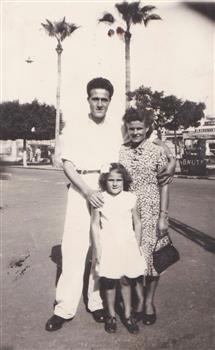 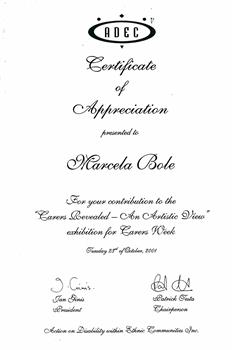 Certificate of Appreciation to Marcela Bole in 2001 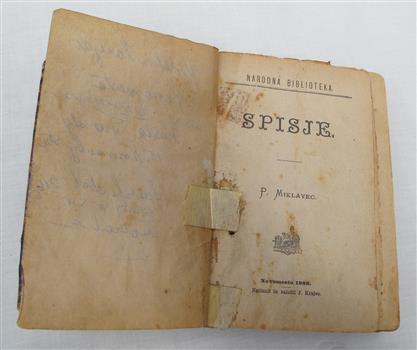 Old Slovenian book of Essays, by P. Miklavec, printed at Novo mesto in 1886. The book was donated to the HASA archive by Invitation to the outing to Mt Macedon, Victoria on Sunday, February 22nd, 1959. The invitation tells of the meeting place in front of the State Cinema on Flinders Street, from where the buses will take the Slovenians and friends via Diggers Rest, Gisborne to village Macedon and than to Mt Macedon.

Invitation was sent to all the members of Slovenian Club Melbourne and friends.

An important event for the Slovenians, who wished to have as many interactions with other Slovenians 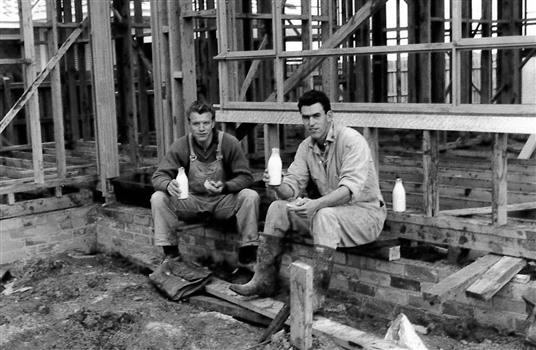 A little rest during work Celebration of Christmas by Slovenians Photo - Photo of the very first meeting of Slovenians in Melbourne, St Albans 1954

On Sunday 19 December 1954 at 3.30 pm, 52 people attended the inaugural general meeting, which was held in the Catholic church hall at Theodore Street, St Albans. Slovenians at the meeting were enthused at the prospect of developing closer ties and a committee was formed to organise the next dance. This humble beginning laid the groundwork for the establishment of the first Slovenian organisation in Melbourne, Victoria.

On 5 December 1954 the first meeting of the club’s preparatory committee was held at 36 Prentice Street, East St Kilda with 26 people in attendance. The group prepared a list of regulations and decided on the name Slovenski klub Melbourne – Slovenian Club Melbourne (SCM). The first Minutes of the Meeting announced the club’s statement of purpose: • to assist migrants of Slovenian origin; • to assist assimilation to the Australian way of life; • to help Slovenian migrants in every possible way, especially financially; • to help Slovenian refugees in Europe, especially those who wanted to find a a new and free life in Australia; • to offer members and their friends healthy intellectual and physical activities in the cultural, social and sports arenas; and • to cultivate a Slovenian cultural heritage while also making contributions to their Australian community.

Slovenians love to dance and they organised dances for different occasions, among them the May Evening Dance. The invitation was to the dance at the Prahran Town Hall, Greville Street, starting at 7pm on Saturday, May 12, 1956

The Slovenians loved to organised dances for various occasions and May Evening was another one. The invitation clearly states the venue, date and time of the function in both languages: Slovenian and English. 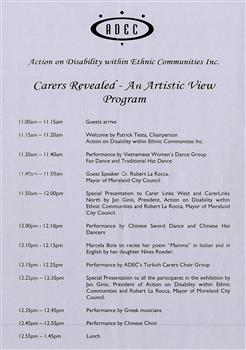 Marcela Bole participating with the recital of her poem in Italian