We have a significant Chemistry Cultural Collection dating back to mid 19th century and is one of the more comprehensive academic chemistry collections world-wide. See http://museum.chemistry.unimelb.edu.au

The University of Melbourne's Chemistry Collection comprises more than 300 items, dating from the 1850s to the 1960s. These interpret the first century of teaching and research in chemistry at the University.

The collection includes bottles of chemicals, balances, glassware, burners, apparatus for measurement and investigation of gases, paper-based materials, photographic film, slides, catalogues and lecture notes. Many of the items are of historical significance due to their association with key figures in the history of chemistry and science at the University of Melbourne, in Australia, and internationally.

That we can study this collection today is due largely to the efforts of Dr Joan Radford, a member of the School of Chemistry from 1956 to 1980. She described and documented the objects, their uses and associations, and in 1980 organised for the collection to be placed on long-term loan with the Science Museum of Victoria, now part of Museum Victoria. After 27 years the Collection was returned to the University and has been in the care of the University of Melbourne Archives.

John Macadam was a Scottish born analytical chemist, medical practitioner and politician. As a student he soon showed a flair for analytical chemistry, and later also studied medicine. He arrived in Melbourne in 1855 to take up an appointment as lecturer in chemistry and natural science at Scotch College, a position he held until 1865. In 1857 Ferdinand von Mueller named the Macadamia nut after him. He officiated as one of two umpires at one of the earliest recorded games of Australian rules football, between Scotch College and Melbourne Grammar in 1858. Macadam was appointed government analytical chemist in 1858 and health officer to the City of Melbourne in 1860. He represented Castlemaine in the Legislative Assembly between 1859 and 1864. Appointed secretary of the Royal Society of Victoria in 1860 and vice-president in 1863, he was also the secretary of the exploration committee of the Burke and Wills expedition. When the Medical School of the University of Melbourne opened in 1862 Macadam was appointed lecturer in chemistry. He was a skilled, popular and eloquent lecturer, learned and generous with his knowledge. Sadly, just three years later, and aged only 38, he died at sea on the way to give evidence at a murder trial in New Zealand, leaving his widow Elizabeth (n�e Clark), and a son. He was accompanied on that voyage by his assistant, the medical student John Drummond Kirkland, who later became the University?s first Professor of Chemistry. Born in Ireland, John Drummond Kirkland trained as a chemical analyst through apprenticeship in a medical laboratory in Dublin, before migrating to Australia in 1852 and moving to Melbourne in 1855. While still an undergraduate medical student at the University of Melbourne, he was appointed lecturer in chemistry following the sudden death of John Macadam in 1865. Due to the enthusiastic support of his fellow students this temporary role became a permanent appointment the following year. Kirkland continued his studies, graduating in medicine in 1873 and surgery in 1880. His son, John Booth Kirkland, was appointed as his assistant in 1878, later leading to accusations of nepotism. In 1882 John Drummond Kirkland became the University?s first professor of chemistry and metallurgy, continuing until his death in 1885. Today?s researchers use a high performance computing facility named ?Kirkland? after the first Professor of Chemistry at the University of Melbourne. Chemistry was still controlled by the medical school during Kirkland?s career, but became part of the science degree from 1886, along with the appointment of David Orme Masson as professor. Kirkland struggled for University funding to buy new apparatus. To compensate, he bought much from his own personal funds, including analytical chemistry equipment. Chemistry was first taught at Melbourne in the medical school, located in the area now occupied by Physics and the Ian Potter Museum of Art. 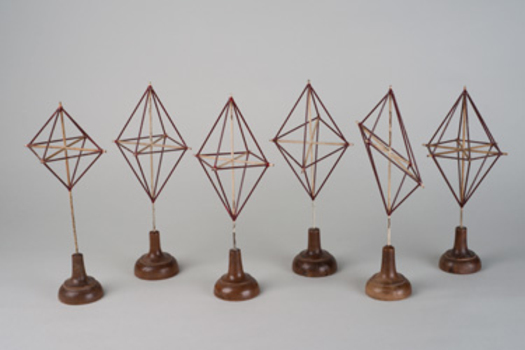 Chemicals, with label date 1905, appear to be photo-steroids. 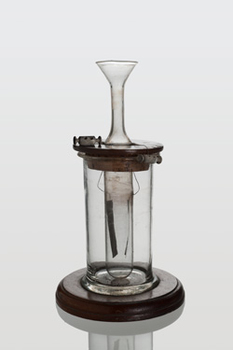 i. Doebereiner Hydrogen lamp. Gall Cat No 3947 and stand b. Certificate from NBS, Washington, included in letter to Lyle Zeiss colorimeter, in several parts. (writing on it looks like E J H's but cord(sic) is of 50's.) Radiation Counter, with its small batteries, no longer made. Type N596 Serial No. S487 Hoffman Apparatus for electrolysis of HCl, H2O or NH3, with stand From the same set of samples as 89a. From the iron boiler itself. Lecture Demonstration Apparatus. Used in Exercise on Solubility of HCl and NH4 in H2O.