A square metal box containing DVDs of videos of May 2011 Graduation Ceremonies. Includes the graduation hymn being played.

Film clip celebrating the history of the Ballarat School of Mines. Disc containing film of the Hirst family between 1936-1964. It includes 1951 floods at mill. Godfrey Hirst's children. The family home in Newtown and holiday home at Eastern view.

44 minute video file (.mp4 multimedia format), transferred from original videocassette. In colour, with sound. Original was released with a booklet explaining the broader context for the documentary.

In October 1986, Victorian nurses began an historic strike action which was to last 50 days. This video is the nurses version of the dispute. Despite widespread condemnation mainly from the media, the nurses eventually won out for an appropriate career structure including significant pay increases. Actual strike footage together with nursing training films and old photographs explore vocational stereotypes and place the strike in the context of the current crisis in the health care system.

39 minute video file (.mp4 multimedia format), transferred from original videocassette. In colour, with sound. Original was released with a booklet explaining the broader context for the documentary.

In October 1986, Victorian nurses began an historic strike action which was to last 50 days. Breaking Point (1998) is a retrospective work, reflecting on the 10 years following the 1986 Victorian strike. It was produced by Mark Bird and Nicholas Bird (of Waterbyrd Filmz, the production company that, as outlined above, also made Vivien Bullwinkel, Nurse TV and Australian Nurses). In this film, it is not primarily images of striking nurses and the words of striking nurses that tell the story, but the voice-over. The narrator (Patrick J. Bonello) positions the strike alongside other national and world events of 1986, ‘the year that changed the nursing profession in Australia forever’. In this film, the strike is framed as a pivotal one in the history of Australian nurses, and one that affected individual nurses deeply and transformed their profession irrevocably. There is a conscious discussion on the emotional effects of the 1986 strike – relationships broke up, people had no money, unionists could not feed their families, it was hard to keep going, families fought over the strike, picketing nurses recalled getting spat at, and there was even a death threat. [Description adapted from Milner & Brigden, 2014, pp. 116; 118] 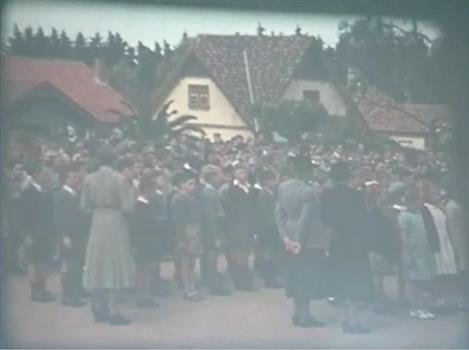 Digital files only (17 jpg and one two second MP4 files)

"The water storage tank (the ‘golf ball’ tower) was located in Cassells Road, and for many years it played an important role in supplying the Research and Eltham communities with drinking water. However, due to prior upgrades of water supply infrastructure in the area, these communities are receiving their water supply in a more reliable way. The storage tank was no longer operating and as it no longer served a purpose, the time had come for it to be removed. Decommissioning works occurred between November 2016 and January 2017, and the tower was removed in March 2017." Source: Yarra Valley Water Eltham Water Project online 4 photos taken during the demolition if the old Ringwood Ice-skating Rink building, Iceland, 28 Maroondah Highway between New Street and the freeway.

Built in 1970 by Pat Burley, Iceland was a popular attraction, with bands as well as ice skating. It was sold in 1981, and subsequently was converted into various business units. Builders Number 4767 Used for steam engine driving instruction at the Royal Melbourne Institute of Technology build date of approximately 1884 +/- 1 year. worked out from http://www.internationalsteam.co.uk/mills/burmamill22.htm Donated by The Royal Melbourne Institute of technology in 1969 Of Interest : The Vertical and Horizontal Tangye engines on display are of the design that won a Gold Medallion at the Paris Industrial Exhibition of 1878. Used by the Malvern city council until 1969 to drive a rock crushing plant. While large horizontal steam engines predominated in major factories, small vertical steam engines like this were the workhorses of industries that had modest power requirements. This reliable little engine, made by leading UK manufacturer Tangye Bros of Birmingham Steam engines had the advantage that any fuel could be used to fire their boilers, but they were less convenient and efficient than internal combustion engines, required operators with higher skill levels, and had lower power to weight ratios. Tangye Limited was founded in 1857 in Birmingham by businessman Richard Tangye (1833-1906) and his mechanic brothers James and Joseph; brothers Edward and George joined them later. Richard was born near Redruth in Cornwall and educated at the Friends School at Sidcot, Somerset, where he became a pupil-teacher. From there he moved to Birmingham to work as a clerk for an engineering firm. In 1856 he started a hardware factor and commission agent business in Birmingham whose customers were mainly Cornish mine-owners in the Redruth district. From 1858 Tangyes concentrated on the manufacture of machinery and secured the sole right to manufacture Weston's differential pulley block (object 2003/45/1). They established their Cornwall Works in the Birmingham suburb of Smethwick in 1864 and soon developed a huge range of products. It was stated that 'there are perhaps no other works in the kingdom so largely employed upon so great a variety of specialities as the Cornwall Works of Messrs Tangye Bros.' The Tangyes attracted creative people to work for them. They wrote: 'We are in a position to offer unusual facilities to Inventors for carrying out their patents.' Info about Tangye Bros of Birmingham from Powerhouse Museum https://ma.as/207954 Donated by Malvern City Council in 1969 Of Interest : The Vertical and Horizontal Tangye engines on display are of the design that won a Gold Medallion at the Paris Industrial Exhibition of 1878.

Filmed by Neil and Melva Cole 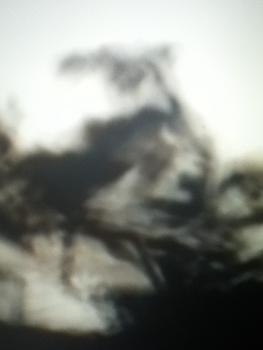 This work is the result of a series of interviews with committee members of 69 Smith Street Gallery, an artist-run gallery that operated in Collingwood between 1998 and 2016. These interviews taken between 2010 and 2011 feature artists who went on to form the creative group known as the 69 Collective.

This work was part of The Line exhibition at Collingwood Gallery in 2018. The brief given to participating artists was to present works using the theme of the horizontal line. The artworks, in a range of mediums, were hung with a consistent line travelling through each piece around the perimeter of the gallery space. The line in each work, inferred or explicit, were carefully placed together to make this cohesive whole.

Video Clip - The Story of the Bells Beach Bell

The Bells Beach contest trophy is one of the most widely recognised sporting trophies in the world. Joe Sweeney has been making the trophy for the Bells Beach surfing contest since the late 1970's. It has been won four times by Australian surfer Mark Richards and American surfer Kelly Slater.

The Bells Beach trophy is an iconic surfing artefact. To ring the trophy at Bells Beach at Easter is something all professional surfers aspire to achieve once in their professional careers. On Easter Sunday 1965 competitors in the Bells Beach Surfing Contest were greeted with the sight of 15-18 foot waves marching into Bells Beach. Riding 9-10 foot boards with no legropes the bravery of many surfers was challenged on this day. A day when reputations were made.

Easter Sunday 1965 went down in Australian surfing history as the day when the largest waves were ridden in a surf contest outside of Hawaii. It was a significant day in establishing the reputation of Bells Beach as a big wave surfing location.

Report on the need for more Seeing Eye Dog sponsors upon the anniversary of 50 years of seeing eye dogs in Australia. It includes interviews with Jacky Tupangaia, Nick Gleeson and Gerard Menses. With an estimated 600,000 vision impaired people by 2020, the target of 5000 new puppy sponsors are required to help Vision Australia meet demand. An interview with Gary Partington about his memories of the Greensborough Football Club as the Partington family (including the late Alan Partington) is inducted into the Club's Hall of Fame as Members. An interview with Jack Waites about his memories of the Greensborough Football Club as he is inducted into the Club's Hall of Fame as a Member.

An interview with Neil Brindley about his memories of the Greensborough Football Club as he is inducted into the Club's Hall of Fame as a Member.

An interview with Peter Banks about his memories of the Greensborough Football Club as he is inducted into the Club's Hall of Fame as a Member. An interview with Peter Watkins about his memories of the Greensborough Football Club as he is inducted into the Club's Hall of Fame as a Member.

An interview with Robert Hyde about his memories of the Greensborough Football Club as he is inducted into the Club's Hall of Fame as a Member. An interview with Bonnie Dickson and Russell Dickson about their memories of the Greensborough Football Club as the Dickson family (including the late Ray Dickson) is inducted into the Club's Hall of Fame as Members.

An interview with Glenn Meredith about his memories of the Greensborough Football Club as he is inducted into the Club's Hall of Fame as a Member.