Over the years we have developed an extensive collection of material and welcome donations of information, photographs and memorabilia related to the history of the area and it's residents. We also run a program of speakers at our bi-monthly Speaker Series and publish a Newsletter periodically. 4 Newspaper articles and 6 photographs relating to the Caulfield Festival 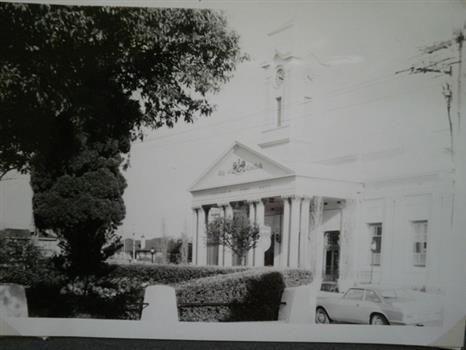 A three page black and white photocopy of a Caulfield Conservation Study of Kahyln House, formerly Kynaston, 70 Bambra Road, Caulfield North, by Andrew Ward 08/1994., The report describes key architectural features of Kahlyn House and gives a brief history of the property’s ownership. The study includes a photograph of the exterior of Kahlyn., The file also includes an undated, unattributed colour photograph (100mm x 150mm) of the exterior of Kahlyn., An undated black & white photograph 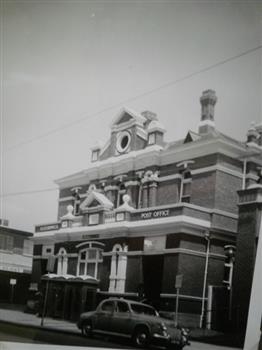 Two photocopied articles, including photographs, both unattributed, about the house and property known as Cantala, owned by Septimus Miller., The first article is from the Australasian newspaper, dated 18/03/1893, including two separate photographs (255mm x 200mm)., The article is accompanied by one page of handwritten notes, undated and unattributed, detailing and summarising the Australasian article., The second article is from Punch, dated 29/10/1903 and includes four photographs accompanying the text (68mm x 70mm, 39mm x 62mm, 67mm x 72mm and 22mm x 51mm), and another photograph (255mm x 202mm) on a separate page. Photograph of Bellecourt at Seymour Road, 85, Elsternwick, undated and unattributed. The photograph appears to have been taken from the front side street. 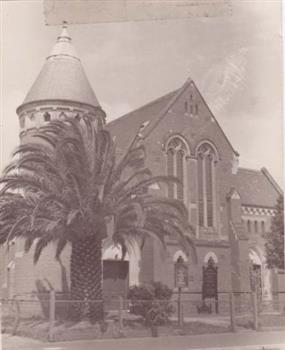 An undated black and white photograph (90mm x 140mm) of the exterior of the Elsternwick Club Building at Sandham Street., A postcard advertising the opening of the Tabaret at the Elsternwick Club in 1996, with four historic photographs of the club included on the front., The file also includes an original colour site plan (300mm x 290mm) of the Club’s premises prepared by Thomas Watts and Son Architects and also a colour photocopy of this plan., Also included in the file is a copy of a one page document which provides basic information about the Elsternwick Club building and includes an illustration (115mm x 85mm) of the exterior of the Club. 30 colour photograph of the the Mayoress’ Reception 1988 Photograph of Tramway corner Balaclava Road and Hawthorn Road circa 1915 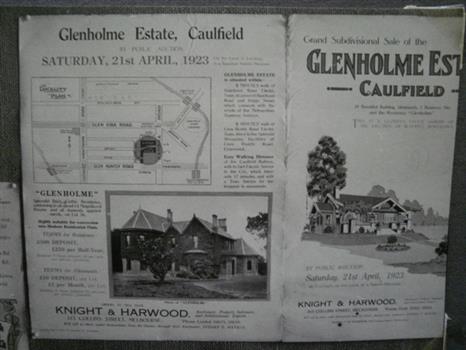 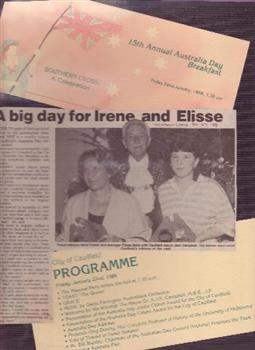 Copy of a black and white photograph mounted on cardboard of the building Cambria with a caption noting that the building was purchased by the Presentation Order, date unknown, and then demolished in 1976. This file contains one item., 1. Two black and white photographs, one exterior and one interior, of Coles store at Caulfield, taken in 1949, photographer unknown. Photograph of the Moondah Steeple at Caulfield Racecourse Aug 2 1924 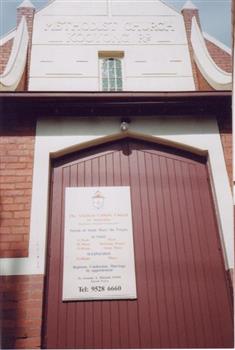 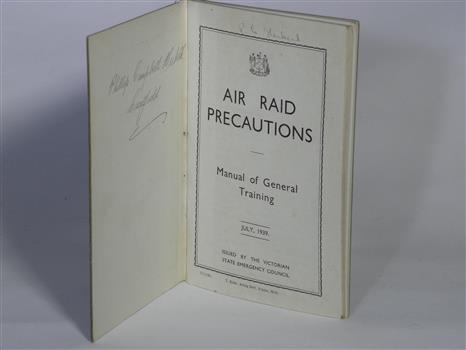 Represents the importance of air raid wardens to civilian defence to handle the threat posed thus officials issued instructions on what to do in case of an air raid. This handbook was used for the Air Raid Precautions in Caulfield during World War 2.

On front cover contains Victoria coat of arms, stamped with 'Caulfield Historical Society' in top right hand corner, handwritten in pen '64' and in pencil 'Box 4/1'. Also includes number '7155/39' On inside cover, in pencil, 'Phillip Campbell Hubert' and on first page, in pencil, 'P.C.Hubert' 1 photo of number 2, a large brick or stone cottage