Rail tractors were popular with Victorian sawmillers. They were generally cheaper than a steam locomotive, required no special qualifications to drive, and used proven power plants for which spares were available locally. The tractor was constructed by Day’s Engineering of South Melbourne which, although better known for its pumping equipment, built more than fifty rail tractors for Victorian sawmillers and other industrial tramway users. W. Day & Sons is believed to have constructed its first light railway locomotive in 1926. From then until the mid 1940s, the firm appears to have built at least fifty locomotives at its premises in South Melbourne, of which roughly half were four-wheel locomotives and roughly half were six-wheel locomotives like the restored Day’s rail tractor formerly operated by Ruoak Timbers. Of the four-wheel locomotives, ten were 2-ft (610mm) gauge locomotives similar to this one. Today, only two survive, a complete example at the Puffing Billy Railway Museum at Menzies Creek, and one at Alexandra Timber Tramway Museum This 2-ft gauge 4wPM locomotive is believed to have been one of two Day's Petrol Rail tractors formerly used by Cheetham Salt, possibly at the Moolap works near Geelong. Service History :owned by Cheetham Salt, Moolap ( dates unknown ) Geelong Steam Preservation Society , Belmont 1973 ? Puffing Billy Steam Museum , Menzies Creek Carriage Sign - Puffing Billy Museum Advertising This board was used to advertise the Menzies Creek Museum after it opened in 1970. This particular sign was displayed inside, on the end of the Puffing Billy NBH type carriages. Large, cylindrical tin container with conical lid and wire handle. A small zinc spout is embedded in the lower quadrant. The word 'KERO' is stencilled in white across the front.

Kerosene was used to light the signal lamps at night time on a railway, to ensure that a locomotive driver could see that the line was clearor there was the danger of another train ahead. This container was used to store kerosene in to fuel such lamps and was kept inside a store room in a safe area until required for use.

Made of Timber and steel

NBD This is a Puffing Billy Railway reclassification of the first series of NB carriages. COMBINED NB PASSENGER CAR AND GUARD'S VAN. A saloon or end platform NB which has had a guard's compartment temporarily added in one end. Due to the temporary nature of this conversion, this vehicle also retains its original number in the NB numbering sequence but is classed NBD to differentiate it from the standard NBC and the NAC. The use of the letter 'D' in the classification is recognising the code for guard's vans prior to 1910. NB Class - Number Built (1st Series) 6 - Number Built (2nd Series) 17 - Number Built (3rd Series) 4 NB (1st series) NB 5 was equipped with a vertical hand brake at one end to enable it to be used as the last vehicle of a train. Body Length 20 feet 6 inches ( 6248 mm) Vehicle Length 25 feet 2 inches ( 7671 mm) Coupled Length 27 feet 4 inches (8330 mm) Width 6 feet 3 inches (1905 mm) Height 9 feet 5 inches (2870 mm) Weight 8 tons Capacity 16 passengers Built 1898 - 1904 Number Built 6 In use NBD 1, 2, 5 NB - Puffing Billy Railway classed these as NBD to indicate their use as a trailing vehicle with guard's accommodation. 5 NBD Victorian Railways Service History NBB 5. ( it's original number ) Built new - - / 6/1901 Newport Workshops 4/ 2/1902 - In Service "Commenced running" circa 1910 - renumbered To NB 5 *NB 5. - / 6/1926 - Modified AC Malco 5/ 2/1951 - Scrapped - Body and underframe purchased by Puffing Billy Preservation Society from Pakenham. Restored by the Puffing Billy Preservation Society 1975. In July 2006 work commenced on 5 NB to make it a temporary kitchen car for the luncheon/dinner train. It has had the seating removed from the saloon and kitchen equipment installed. Plans are for a kitchen car to be constructed and 5 NB restored to carry passengers. 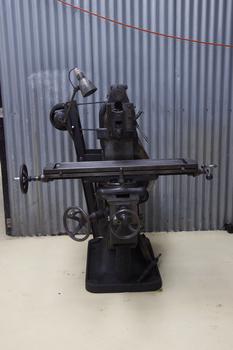 Guards Van Sign - Ticket Office In the Preservation Society days of Puffing Billy, not all stations were manned for the sale of tickets, and tickets were sold from the Guards Van. To advise the public where they could obtain tickets this sign was placed above one of the windows on the guards van. Tickets could be issued from here for passengers to travel on the line.

NKS Type Gangers Trolly - Victorian Railways 2'6" gauge trolley - a KS series Section Car oftern called the Kasey Jones The narrow gauge version of the broad gauge KS series cars. They were classed NKS with two stroke motors. These cars were built by the Spotswood Workshops, with castings coming from the Newport Workshops. KS is lighter car capable of carrying 4 men or sevenhundredweight Trolly 9 was built for the State Electricity Commission of Victoria for use on their metre gauge railway of Yallourn. It was sold to a preservation group at Walhalla and regauged to 2 foot 6 inch. It came to the Puffing Billy Railway in the early 1980s.

Historic - Victorian Railways Narrow Gauge - Track Patrol Vehicle used by the State Electricity Commission of Victoria for use on their 900mm gauge railway of Yallourn. And then at Walhalla Railway where it was regauged to 2 foot 6 inch V.R Institute Notice Board made of painted timber

Victorian Railways Institute - The VRI was formed in 1909, and started operations at the 3rd Floor, Flinders Street Station, on 31 January, 1910. The Commissioners of the day saw a need for a Social Organisation, where Railway Staff could come together and discuss common issues, and relax in a friendly environment. The VRI was also, for many decades, the Primary Educator of all Rail Staff in their Duties and Tickets, from Train Crews, Station staff and the like, through to the Accounting Office team, everyone was trained at the VRI on how to do their jobs in the VRI. At the height of its power, the VRI would lead a member base of 30,000+ Families, all who would have a dedication to the Rail Industry and VRI. Throughout the State, Centres started, the earliest in 1916 in Ballarat, through to the later ones in Sunshine (1962) and beyond. Break of Gauge Bogie made of iron and wrought iron & brass Station Clock plaque - Ballarat Station This plaque is dedicated to the late Eric Quinlan who rescued the nearby clock (Item 000180) from the Parcels Office at the Victorian Railways Ballarat railway station.

This historic railway clock , originally installed in the Parcels Office at Ballarat Station is from the estate of the late Eric Quinlan an enthusiastic supporter of railway preservation and long- time member of Puffing Billy Preservation Society Donated by his close friend , Peter Ralph , 1998 11NBHC Passenger Carriage - Excursion Car and Guard's Van Excursion Car 11 NBH which has been converted by the addition of a Guard's Van compartment by Puffing Billy Railway and re classed & numbered 11 NBHC The NBHC is a conversion from the standard NBH. This was a temporary, but long term, conversion to overcome lack of suitable guard's vans on the Puffing Billy railway. One end of a standard NBH had windows and a hand brake fitted. A padded seat replaced the standard back to back seating, and a partition separated the guard from the passenger compartment. VR Service History *NBH 11.VA - 8/12/1919 NWS Built new - / 1/1929 - Modified AC Malco BO circa 1955 - Condemned - Puffing Billy Service History or Notes Body Length 25 feet 2 inches ( 7671 mm) Coupled Length 27 feet 4 inches (8330 mm) Width 6 feet 3 inches (1905 mm) Height 9 feet 2 inches (2794 mm) Weight 8 tons Capacity 22 passengers Number Built 1 In use 1 Drill press. - made of Metal and Steel and cast iron

Hercus Made in Australia Hand Rail Drill made of metal

Hand Rail Drill Out on the track in the old days, it was sometimes required to drill some holes in a piece of rail so that two rails may be joined together by a metal joiner – called a fishplate. Before the use of generators and oxy cutting, the only way to do this was with a hand drill. This is the machine operated by two people, that would drill a hole in the rail. With two to three holes to be drilled in each rail end (ie 4 or 6 holes), it was a tiring, back breaking job. And then there was usually the rail on the other side of the track to be done! Gang Shed Ganger may refer to: The head of a gang of labourers, especially on canals or railways. They were Men who had the job of track maintenance repair and upkeep or construction for sections of the lines. Gang Sheds were used to keep their tools and equipment and Trollys in. The shed houses and protects the historic trolley and tool collection within. 8NBH - Passenger Carriage - Excursion Car made of steel and timber Hand Winch made of wrought iron, metal and iron

Imported by Cameron, Sutherland & Seward Ltd. Machinery Merchants, Melbourne & Sydney, this example is of the type of hand winch used by the Australian Industries and timber workers in the Australian bush. The central rotating drum is operated by three interacting cog wheels. The metal cable is wound onto the central drum. Wooden Louvered Van - Made of Timber on a Wrought iron frame Historic - Puffing Billy Railway Locomotive Head Board used in the Celebration of Special Children's train day Used on the smokebox door of the locomotive during the running of the Wizards and Witches Express trains. Built by the Buffalo Forge Company in New York, USA. It is of a typical hand operated design used in workshops. The NQRs were the standard Medium open goods wagon. Generally the sides and ends were removable thus providing a totally flat truck. Three long drop-down doors formed the sides thus allowing easy loading and unloading. 218 of these goods vehicles were built between 1898 and 1914 ? numbered 1 - 218​. Originally, these wagons carried the code letter R​ as they were built with sides and ends. They later had the R removed. Unlike the Broad Gauge, VR's 2 ft 6 in (762 mm) narrow gauge network never had four-wheeled wagons (aside from a handful of trolleys). Because of this, a single design of open wagon emerged and this was the only type of wagon ever used on these lines. This was the NQR class, a wagon with the same length and loading capacity as a Broad Gauge four-wheeled open wagon to make transferring freight between the gauges easier. The wagons, numbered 1 through 218, were built between 1898 and 1914. The wagons used the same underframe as most other non-locomotives on the VR Narrow Gauge. Letters and numbers were originally painted only on the end bulkheads and doors, both of which could be removed as traffic dictated, and this made wagon identification difficult until the decals were transferred to the underframes of each wagon In the 1910s some NQRs were provided with removable wood and steel frameworks with canvas roof canopies and side curtains, and internal seating to supplement the rest of the passenger stock during busy holiday periods. Puffing Billy has re-created these for emergency capacity. Five more NQRs, numbered 219-223​, were built between 1990 and 1992 initially for passenger use so were fitted with the removable frames Vehicle Length 25 feet 2 inches ( 7671 mm) Coupled Length 27 feet 4 inches (8330 mm) Width 6 feet 3 inches (1905 mm) Weight 5 tons Capacity 11 tons Built 1898 - 1915 (1992) Number Built 218 (223) In use 14 To be restored 6 29 NQR - Open Medium Truck with drop ends VR Service History 15/12/1898 NWS Built new *NQR 29.VA - 15/12/1898 NWS Built new - / /1926 - To NQ 29.VA - NQ 29.VA - /10/1954 - Sold (to) - Puffing Billy Service History or Notes July 2016 - Lifted